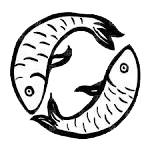 The Age of Pisces is over. Pisces values are being wiped out, causing unprecedented change and upheaval in our lifetime. And we're not done yet. The Piscean values of money, power and control are being replaced. They do not resonate with the values of the new great cycle, the Age of Aquarius. Those values are love, brotherhood, unity and integrity.

"The present world age isn't something that will simply fade away into the sunset of a time that seems to perpetually linger somewhere "out there" in our future. Just the opposite: our world age has an expiration date." Fractal Time, Gregg Baden

Pisces was the ruling constellation in the eastern pre-dawn night sky. But, the effects or influences of the Aquarian Age have been felt powerfully for as much as 800 years. The influences of Aquarius began around the French Revolution when their slogan was "freedom, equality, fraternity." These values represent the Aquarian Age.

Change in Astrological Ages is gradual, and the push to complete the change lasts even after the new age has begun.

Our technology booms, especially in electricity, are actually spawned by the new present Age of Aquarius. Modern man thinks it's because we are so much more "advanced" then our ancestors. Think again. Powers greater than us have been pulling the strings.

Technology went into a unprecedented trajectory in the Age of Pisces. It will continue to escalate and methods that are in harmony with the earth will become a prerequisite to all new inventions. Harmony and for the good of the whole will be mandatory and innate. Nothing will flourish unless it satisfies the values of the Aquarian Age.

So what does the Age of Pisces represent?

The Age of Pisces is - The Age of Monotheism (one God), Spirituality, and the Fish. It is characterized by the rise of many religions such as Christianity, Islam and Buddhism. This represents the "spiritual" nature of Pisces. Throughout most of Pisces though this spiritual side is for the most part seen as the truth hidden behind the five senses. Spirituality was seen in relation to the world, not through an innate knowing of divinity.

The Fall of Rome began at the beginning of this Age

As with all Great Cycle changes the Age of Pisces began with chaos. Rome fell and chaos was rampant as the great change of power began. It was the birthing of the Middle Ages.

The Age of Pisces is considered the Age of Jesus.

Egypt's Isis was dropped and Mary mother of Jesus came into being replacing her near the close of the Age of Aries. Jesus is said to have been born of the Virgin Mary. Virgo is the polar opposite sign of Pisces. The Age of Pisces also represents charity, mercy, sacrifice, compassion and pardon, which are the virtues taught and lived by Jesus.

Water played a prominent role in the teachings of Jesus, and Pisces is a water sign. The fish is the symbol of Pisces. Many of Jesus' gatherings were near lakes and water. Fish were a big part of the diet of Jesus, his disciples and the multitudes. Water was used to baptize the people.

Jesus was sacrificed because he was the "Lamb" of God. This represents the sacrificing of the RAM of Aries, which ended the Age of Aries the astrological age before Pisces.

Pisces marks the merging of east and west to give birth to the New Age of Aquarius.

In fact that's what has happened. Earlier on in the Age of Pisces, the Europeans, the Vikings, and more integrated with other cultures on mass. In recent history, China, India and much of the East have found their economic might and now the economies of the West are totally reliant on this trade. The  East and West have merged as never before making it difficult for wars and other negative activities to continue.

Religious wars have been ramped during Pisces, with people killing others simply because they didn't have the same religious beliefs. No specific religions need be singled out, since this phenomena occurred throughout most of the "civilized" world from East to West. The value of organized religion should diminish as the grip of Pisces comes to a close.

On the other hand the Age of Pisces has also been a very spiritual age. Monasteries, ashrams, temples, and pilgrimages, all came into being during this age. Many started "on the path" back to the creator. But few were able to get to it because they were heavily tied to the senses. This searching will come to fruition in the Age of Aquarius and the greater meaning of things will be known.

The Piscean Age is a time of gentleness, materialism and artistry, but also it's impracticality. This is possibly due to the rise in the European empires. To the spiritually undeveloped person Pisces represents "servitude." To the disciple or  aspirant, the vision of "service to humanity...world savior" as Jesus, came to the forefront. Good examples are Mother Theresa and the Dali Lama.

By weight blue green algae is the most nutritious and complete whole food on the planet. It helps improve cognition, memory, and reduces brain fog.

So how do we know these changes will occur?"

It's taken science a long time to verify what ancient people have known for thousands of years. Ancient people such as the Hindus, Egyptians, Maya and Hopis, revered the higher powers and made understanding their existence their daily focus. They accepted the unknown and respected the divine. In fact  trying to understand the cosmos and how they affected them was their lives. Our ancient relatives understood the effects of cosmic alignments on the earth.

Modern scientists run everything through the senses and the scientific method. If it doesn't pass the tests it isn't real. But...that's changing. Quantum Physics doesn't follow the rules, because energy changes depending on who's doing the experiment and what they were thinking about at the time.

Science has also verified what the Maya have been saying all along on their buildings and stelae about the coming alignments. When the Mayan Great Cycle, which coincides with the Age of Aquarius, changed on or around December 21, 2012, a world age shift to be a rise in spiritual consciousness should start to take hold.

Computers, satellites, and remote sensing equipment, enable scientists today to see the effects of past world ages and the changes they've brought to humanity. So, it doesn't surprise them that we are going through the upheavals we are today. In fact they have verified that the Maya were dead on right about the alignment that came in 2012.

Sprouted seeds are 30-50% more nutritious than the parent plant. They are easy, fun to make, and very economical.

Both are based on precession of the equinoxes. One complete cycle in Astrology as well as Mayan Great Cycles lasting about 25,625 years. The values or traits of the cycles for both are uncannily similar. Astrological cycles though are more numerous and of shorter time periods (twelve instead of five Mayan Great Cycles in a full Grand Cycle).

The present cycle must be cleansed before we can move full force into the next cycle...the close of our Age has been anticipated (from the Hindus to the Maya) as an era of war, suffering, excess and inequality. While these descriptions sound ominous, there is a bright side: "although the darkness appears to be necessary, it also appears to be brief." Fractal Time, Gregg Braden

The darkest moment is just before the dawn...We are in the darkest moment right now. But, after this dark period, the sun will shine again and we will be like new born babies in a changed world.

During the Age of Pisces, we were TOLD what to believe through religions, authority figures, dictators, etc. These powers have been losing ground and the shift is towards "power over self." This debacle of power will escalate now that the Age of Pisces has ended.

The Age of Pisces and the Age of Aquarius encourage us to look beyond the five senses and experience true living by relying on our guidance from within. Aquarius will be an Age when we truly realize that the love we show towards our brothers is the love we feel towards ourselves. This represents the  oneness of all things which fosters unconditional love. Byron Katie is a great teacher of unconditional love, seeing the other point of view.

Science and technology will be used to improve human and environmental situations on earth, and not for monetary gain. We will finally know the true meaning of "progress." In the Aquarian Age progress will represent decisions or activities where ALL things and people gain from the change. Sound impossible? It's not.

We will finally KNOW we are not "victims" of circumstances, but the "creators" of our experiences. We are also the ones to change our earthly situation. The focus will be on making our lives a heaven on earth.

The Age of Pisces opened a window to further our spiritual understanding. Now that Aquarius is taking hold, we just may come to know we are the Christ we've been waiting for.