A Planetary "Polar Shift' is Imminent, or Could This "Shift" be Internal?

Doomsday hype claims the world will end with a polar shift caused by an asteroid, Nibiru, Planet X or Wormwood collision. All are centered on the mysterious Mayan end-date of December 21, 2012. What's curious is the Maya didn't predict disaster for the planet.

The theory behind pole shifts is that the axis of rotation of the earth will change from its present location. In other words the North and South poles could shift from where they are now. This polar shift would negatively affect all life on earth through massive climate change. Can it happen? Of course it could, and it wouldn't be the first time.

How would such a polar shift occur?

There are many theories about polar shifts, but not even scientists know for sure. Picture by Free Software Foundation, Inc. Here are some popular possibilities: 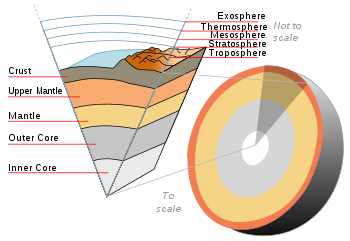 Have we experienced major polar shifts or similar before?

"Tree stumps were discovered in 1985 on Axel Heilberg Island (in the Artic) dating back 40 million years. It indicates this northerly part of the cordillera was warmer and wetter than its present-day climate." Wikipedia, Park Wardens: Arctic Codillera Ecozone Overview, 2007-11-08

This fossil forest on Heilberg Island, which is now barren, dates back to the Eocene Period. The trees actually did not fossilize, but instead are mummified. This indicates a much faster process where they were quickly dehydrated in an area that was once a high latitude wetland forest...pointing to a likely polar shift. This is not the only place they've been found in the Arctic either. This indicates a very quick change in the climate possibly caused by a rapid polar shift.

The most probable scenario according to science for a major change in the poles is a geomagnetic reversal. This means the earth's magnetic field reverses or interchanges, switching the north and south magnet poles. This type of reversal has happened many times, with the most recent one thought to be about 3,500 years ago.

Recent research by Adam Maloof of Princeton University and Galen Halverson of Paul Sabatier University in France, shows the Earth DID rebalanced itself by 50 degrees, which is about the distance between Alaska and the equator now. This happened around 800 million years ago during the Precambrian time.

Several books talk about polar shift changes that could happen in a matter of weeks, days or even hours resulting in massive destruction from earthquakes and tsunamis. No matter what speed the polar shift takes the results would be catastrophic climate changes for most of the earth's surface. Areas that were warmer would be colder and visa versa.

I hesitated to include this because the possibility of this happening is unlikely. Another popular doomsday prediction is the claim that the Earth will soon be struck or magnetically disrupted by the orbital passing of a large planet that goes by the names Nibiru, Planet X or Wormwood.

Some people are prospering at the expense of our inner peace.

This theory started in 1995 by Nancy Lieder, founder of the website Zeta Talk. She claims to be a channel of messages from extra-terrestrials called Zeta. She says she receives these messages through an implant in her brain performed by the Zeta. The story goes that she was chosen to warn mankind of Planet X, Wormwood or Nibiru, which was supposed to disrupt the earth in May 2003. She later revised it to around 2010.

A number of 2012 doomsday website groups have built on this, and I'm sure the new movie on the impending apocalypse in 2012 has too.>/p>

So what did the Classic Maya

The Maya themselves didn't leave evidence of any earthly apocalypse or polar shift on December 21, 2012 or any other time. They saw a bright and enlightening future for us. The shift they did leave was a "shift" to a higher level of consciousness for the world and everyone on it.

"The intent of the gods is to create a human being who is fully realized. The concept of successive worlds records the progress of human spiritual evolution and the changes in Great Cycles mark significant evolutionary leaps - moments when powerful transformations occur, when one world or level of consciousness goes through a kind of death in order that a higher level of development may take shape."Jaguar Wisdom, Kenneth Johnson

I too believe this is going to be a "spiritual shift" more so than a physical polar shift. But, to step back for a moment...a physical shift of some sort should happen with a mental shift. They are totally connected. Right now our axis of rotation is slanted because of a huge change that occurred on the earth about 9,500 year ago. My feeling is it will straighten again.

The rotation of the earth is being affected by the pull from the galactic center. Our closer proximity could be slowing earths rotation down as well. We are moving closer to this center than we've been in almost 26,000 years. Shaman Don Alejandro Perez Oxlaj a Mayan Elder speaks about what the Maya see will happen around 2012.

Our cosmic journey WILL take us to the other side of the Milky Way, which could affect our Sun and planet magnetically. The magnetic pull from the galactic center could slow our rotation to zero before it starts up again possibly in the opposite direction. This would put us in sync with the natural rotation of the Milky Way on the other side.

There's another type of shift occurring right now though. Look at all the rapid changes we've experienced on earth so far technologically, environmentally, socially, and more.

If you understand how Mayan Great Cycles and Grand Cycles work, you would appreciate that these changes had to happen to take us to the next level spiritually in preparation for the reset of the next Great Age. Isn't it interesting that the Maya knew about our passage to the other side of the Milky Way, and the timing of this Great Cycle change.

The stage we're experiencing in the Great Cycle right now is the "Time of No Time" according to the Maya. This time is the 20 years before the restarting of the Great Cycle back to the beginning again with a whole new set of values. Right now is the purging or cleansing of the present values that won't work in the next Great Age. The values of the present cycle are money (material possessions), power and control.

...the field-effect reversal that mystics and futurists intuitively feel occurring on this planet bodes an impending polar shift, a literal shift in the position of the Earth's North Celestial Pole, an event that would have disastrous effects around the globe. According to geologists, polar shifts indeed have occurred in the past...As a result of my studies of Maya end-date cosmology, I prefer to emphasize what might be termed a polar shift in our collective psyche. This places the possibility of successful, positive transformation squarely, in our own hands...a shift from the dominator mode so characteristic of our civilization to a partnership style." Maya Cosmogenesis 2012, John Major Jenkins.

I invite you to see what NASA has to say about our coming passage to the other side of the Milky Way.

We can't control what happens around us to our planet, but we do control our reaction to it. Our level of peace and happiness is predicated by our thoughts and innate values. The most powerful way to affect our lives positively is to embrace the values of the next World Age of Peace:love, brotherhood, unity and integrity.

When I say "embrace", I mean Live them... Breath them...Be them. It's only when I fight an uncontrollable change that I suffer. If I allow myself to go into deep depression over winter for an example, will that change the fact that winter is coming? No! I have to change my attitude or feelings about winter to change my experience...or move.

In addition to embracing the new values, systematically reducing and eliminating negative thoughts and actions in your own life through the power of forgiveness promotes inner peace.

Sounds hard doesn't it? It's the greatest gift you could ever give yourself and those close to you.

...we are in a stage of massive molting and unprecedented transformation. In this situation, there is nothing that can be done - that is, if doing something means trying to salvage relics of thought and ways of life that are the products of partial and limited past conditioning." Earth Ascending, Jose Arguelles

Now, I ask you...what if nothing catastrophic or even wonderful happens on December 21, 2012? Would embracing these new values and reducing negativity in your life still be worthwhile? You have nothing to lose.

The world and its people are tired of the present values and are ready for a change. We've known this for a very long time. There has to be more to life than the 9-5 drudgery, taxes, mortgages, and the latest technological gadget.

"So we arrive at the moment when technology becomes transformation. This is initially experienced as a crisis, a crisis to which the dominant paradigm power holders are blinded. Though the present, scientifically materialistic power-holders believe that the world is the way it is because they have made it so, in actuality they are playing out roles specified by the harmonic wave phase of which the present era is a function." The Mayan Factor, Jose Arguelles

Could our "superior" abilities to create massive technological change have been orchestrated all along by powers greater than us?

After all our technological ingenuity is unprecedented in the entire history of humanity. What made our situation or us different? It's not that we're so much smarter than our ancestors. Even still, our predecessors would be amazed at the feats we've accomplished in a very short time.