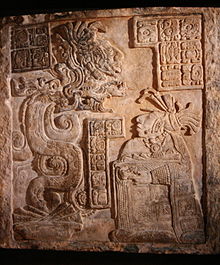 Quetzalcoatl the man is considered by the Maya to be the incarnation of the feathered serpent deity. But to the Mormon religion he is Jesus, resurrected in Mesoamerica to spread God’s word.

He must have been one of the enlightened ones or avatars from the Universe. According to stories handed down he came to Mesoamerican to educate and free the people from suffering. Relative peace, love and prosperity enveloped his people during his over 20-year reign.

“The myth is also commonly pointed to by some within the Mormon faith, which holds that Christ visited America shortly after his resurrection.” Book of Mormon, 3 Nephi

The history of Feathered Serpent the man.

Topiltizin Ce Acatl Quetzalcoatl the man was born in the 10th century...centuries after the deity of the same name became a part of Mesoamerican life. The best estimate suggests Mixcoatl (Cloud Serpent) most likely an earlier Toltec king was his father. Chimalma appears to be his mother. Ce Acatl first proved himself as a capable warrior and then a priest to the people of Tollan or Tula.

The deity Feathered Serpent was Kukulcan to the ancient Maya. I want to make sure you understand there was a deity, and also a human ruler by the name Quetzalcoatl. It wasn't unusual for a king/shaman to align himself with a deity as his direct lineage. This legitimized his position and gave him more recognition from his people. But, this man was different...Quetzalcoatl the man not only laid claim to direct lineage to the Feathered Serpent, he LIVED the part of the deity.

Topiltizin Ce Acatl Quetzalcoatl the man was a legendary exiled Toltec ruler who is believed to have reigned from A.D. 923 to 947 in the city of Tollan. He stopped all human sacrifice, and instead satiated the gods by bleeding himself. He offered animal sacrifices like snakes and birds in place of humans.

Ce Acatl Quetzalcoatl also required all his priests remain celibate and did not allow intoxication of any kind. These rules were not just for his priests, he adhered to them as well. Apparently, the original 400 Mixcohua had succumbed to these what he felt, vises. These vises were considered the two major sins...just like the Morman religion.

He was considered a god walking on earth by his people with the supernatural powers of the deity Feather Serpent.

Quetzcoatl the man arrived in the Yucatan around A.D. 987 at the age of 40. Before his departure in A.D. 999 he revitalized the centers of Uxmal and Chichen Itza. He also created the city of Mayapan.

"Pondering the ancient site of Chichen Itza, the exquisitely proportioned Temple of Kukulkan, and the numerous symbolic representations associated with Kukulkan, it occurred to me that Kukulkan-Quetzalcoatl who, in A.D. 999, prophesied the arrival of Cortes and the coming of Christianity to Mexico, was himself an incarnation of the Christ." The Mayan Factor, Jose Arguelles

The people immortalized Quetzalcoatl the man and legend has it, he told his people he would someday return to them when he left Tulan. He is said to have migrated to Tlapallan and that was his last known destination. The people of Mesoamerica were instructed to watch for him coming from the East. The East represents new beginnings.

On April 21, 1519 a Mayan cycle change occurred from 13 Heavens to 9 Hells. The people knew something ominous was coming because the Council Book, the Popol Vuh, showed a dark oppressive time was upon them. It was an uneasy day for the Maya who waited with dread to see what would happen.

The same day Cortez arrived in Mesoamerica. He came from the East just as it was prophesied their beloved Ce Acatl would return. The people thought he was their savior, Quetzalcoatl the man returning to them just in time to save them from this ominous cycle change. It didn’t take long to find out this was not the case. Cortez represented the rude beginning of 9 Hells instead.

Quetzalcoatl possessed higher virtues. Couple this with consistency over his reign; indicates he was most likely of a higher level of consciousness. Quetzalcoatl was the sign of the serpent. It all points to him being an avatar, an enlightened one who came, as Jesus, to help free his people from the bonds of the negative aspects of the ego.

It’s not hard to see why the Mormon religion believes the man Quetzalcoatl was actually Jesus returning this time to the American natives.

Latter-day Saint Prophet John Taylor wrote: "The story of the life of the Mexican divinity, Quetzalcoatl, closely resembles that of the Savior; so closely, indeed, that we can come to no other conclusion than that Quetzalcoatl and Christ are the same being. But the history of the former has been handed down to us through an impure Lamanitish source, which has sadly disfigured and perverted the original incidents and teachings of the Savior's life and ministry."

Quetzalcoatl was anticipated by the Maya to return again December 21, 2012