Kundalini Energy Ignites When the Masculine and Feminine Energies are Aligned 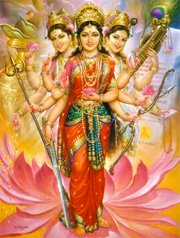 Kundalini energy is the divine feminine creative power, or Shakti energy. Ancient history says that when the kundalini Shakti is accepted as a Goddess, she will rise through the heart to the head and unite herself with the Supreme Being, Lord Shiva.

The kundalini energy is likened to a serpent sleeping at the base of the spine until the long awaited call for the joining of the masculine and the feminine energies is heard. Some call the Shakti energy a dormant life force. The human orgasm could give a small idea of this sleeping energy's powerful potential. 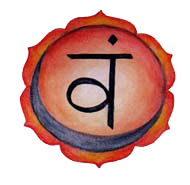 Many try to activate this energy through physical, meditative or hallucinogenic means. This is a dangerous game. If the kundalini energy is moved before it's ready, this powerful force could kill or maim, because it would not pass through the proper channels.

These channels are called "nadis" and there are two of them that run from the base of the spine to the top of the head. They cross over each other as they weave their dance of energy between the seven main chakras or psychic centers of the body. Even the chakra symbols tell a story. This energy is called "Prana" in Sanskrit, "itz" in Mayan or "vital essence" in English.  This spiritual fluid runs through the blood. It's even more concentrated in the semen of men and vaginal fluid of women. 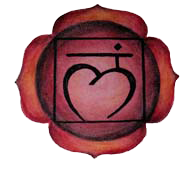 The kundalini energy has been sleeping in the muladhara chakra (base chakra) coiled three and a half times since the beginning of time. It's in waiting. The magic and power of our feminine side has been compromised and rejected. We have negated it's rightful place within the four parts of us and next to God. The four parts are Spirit(intellectual), Will(feeling/emotional), Heart(balance/joining of the two), and Body(the vehicle of expression of that joining).We need all four parts of ourselves to be a happy healthy and magical being.

The masculine and feminine energy is not about men and women. These energies are within all of us.

Men usually carry more masculine tendencies and women feminine, but not always. They can easily be reversed. Let's take a closer look at these four parts. 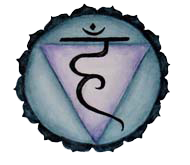 North America drinking water for the most part should be purified. The best way is to distill the water with a water distiller. The chlorine and fluoride in the water can also be neutralized somewhat with a shower attachment.

I once lived in I AM country in the Mount Shasta area of California. The I AMer's as they are called here, try to live through the upper three chakras, but mostly from purple the crown chakra, the intellect. Many meditate for hours a day, and seem serene, but there are denied emotions they try to cover with positive thoughts, lying dormant under this veil.

Some walk the streets in this area dressed in purple with maybe blue. Never would you see them in red, orange or yellow. To them these colors are the colors of the primitive, base, unevolved, physical, grounded people. 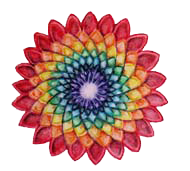 Wheat grass juice is the most nutritious land based plant. Use it in place of blue green algae or better yet, consume both. Both cleanse the body of toxins, and nutrifies the cells, while it boosts the immune system. See my new Raw Food website www.rawfoodnature.com

It takes loving acceptance of all the chakras to be a complete human being and for the kundalini energy to rise.

At the opposite end of the spectrum, there are people who are very sexual, and emotional. They appear to have no direction, no focus. They're lost and hungry for something they have no idea how to achieve. These people are only surviving and living out of the survival chakras of the feminine for the most part.

They have not learned how to use the powers of their masculine to achieve greatness and human comfort. The seven chakras here are not in full use, and the kundalini energy is compromised again.

A symbol or metaphor would be the Spirit(masculine) represented by the Western Cultures, and the Will(feminine) third world countries.

To live simply out of our intellect would be a cold unloving experience indeed. To simply live out of our feelings, we would be deadlocked in surviving, but not achieving greatness.

Since the beginning of time the masculine and feminine energy have been separated. With this separation the magic and instant manifestation of desires has been compromised. Our feeling side, our feminine has not been acceptable and has been considered weak.

How many times have your feelings and their expression been stifled because, "Boys don't cry," or "You're not supposed to be angry or jealous of your siblings, etc.?" Where do you think these unexpressed feelings of the feminine go?

They are still within, waiting for expression and acceptance. Depression is caused by denial and the suppression of true feelings and emotions. Suppression of feelings causes the kundalini energy to become stuck in certain areas of the body. Movement is necessary to have good health both physically and emotionally. Positive thoughts do not change this problem.

By weight blue green algae is the most nutritious and complete whole foods on the planet. It helps improve cognition, memory, and reduces brain fog. 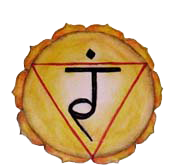 For example, stomach issues are caused by indecision and suppression. The kundalini energy clogs up the natural spinning movement of the solar plexus chakra, binding it and causing disease or discomfort in that area.

Loving, accepting and forgiving yourself are the most important ways to get in touch with your feminine.

But there's more. The feminine side of us all is notorious for feelings of guilty and beating herself up. She takes all the blame onto herself, and the masculine within...lets her. All too often so does her man or spirit based woman, who are the physical manifestation of the same﻿. It's time for the feminine to take back her power for the sake of the whole

Sprouted seeds are 30-50% more nutritious than the parent plant. They are easy, fun to make, and very economical.

Old imprints from previous traumas are so ingrained we relive them, and take them as truth, but they aren't. The feminine is still in fight or flight mode whenever something similar to it comes into our lives. And, it will, because it is looking for acceptance and love. It will continue to come back till it is nurtured, understood, and accepted.

These imprints can be changed and have to be changed in order for us to find true happiness and love. As ﻿Byron Katie﻿ says, "There are not new thoughts." Every single one has been felt by someone else. She has an amazing free process for releasing these stressful thoughts. 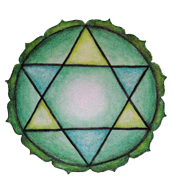 It's only in the consciousness mind we can find healing, which moves the kundalini energy upward.

Once the hidden aspects of our emotions are felt, accepted, loved and forgiven, we then are complete. Until then, there is a gap, and the kundalini energy will remain for the most part, dormant.

Consciousness can only rise, when we feel and express to ourselves our denied and rejected feelings and emotions. With these emotions, we must feel the suppressed pain that goes along with it. Through our conviction, God is alerted to follow immediately with love.

But first we must take responsibility for these feeling and finally accept them. This acceptance of our feminine energies heals us and releases us from the endless cycle of pain and suffering brought about by imprints formed during our ancient beginnings.